Bilingualism is seen as a crease in the educational and social fabric of Australia, something to be ironed out, wrinkles to be Fabulon-ed away. It’s a 1950’s view of harmony and good nation-keeping, out of touch with contemporary globalism and detrimental to our students’ individual, social and global interactions and intellectual development. Their, and our national, intellectual and social growth is being stunted by the failure of policies and programs to address monolingual disadvantage.

Monolingualism frustrates and limits individuals’ capacities to communicate, to interact as global operators and, as decades of research have shown, to think and to process learning – cognition. Recent brain research has highlighted the particular and unique cognitive processes engaged in learning a second language, and the ways that such cognition supports other learning processes, particularly linguistic but also spatial and emotional thinking.  Using a second language encompasses sophisticated knowledges and skills and extends competency in the first language.  Neuro-imaging of bilingual children’s brains shows some evidence of more complex and broader cerebral activity than monolingual students. (Fletcher, et al 2000)[i].  Bilingual speakers have greater literacy and linguistic skills and flexibilities than monolingual speakers. 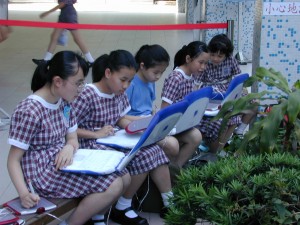 The advantages of bilingualism have been known for some time. Research on the effects of bilingualism on cognition were conducted mid last century.  In 1983 Rafael Diaz reported in the Review of Research, Vol 10 that:

‘Balanced’ bilingual children are those that from birth speak more than one language, such as children in Indonesia who speak both their island language and Bahasa Indonesia, children of bilingual parents, first generation migrant children, many Australian Indigenous children.

Bilingualism, of course, can be a leg up for college admission and a résumé burnisher. But a growing body of research now offers a further rationale: the regular, high-level use of more than one language may actually improve early brain development.

According to several different studies, command of two or more languages bolsters the ability to focus in the face of distraction, decide between competing alternatives, and disregard irrelevant information. These essential skills are grouped together, known in brain terms as “executive function.” The research suggests they develop ahead of time in bilingual children, and are already evident in kids as young as 3 or 4.

While no one has yet identified the exact mechanism by which bilingualism boosts brain development, the advantage likely stems from the bilingual’s need to continually select the right language for a given situation. According to Ellen Bialystok, a professor at York University in Toronto and a leading researcher in the field, this constant selecting process is strenuous exercise for the brain and involves processes beyond those required for monolingual speech, resulting in an extra stash of mental acuity, or, in Bialystok’s terms, a “cognitive reserve.” (http://www.thedailybeast.com/newsweek/2011/08/07/why-it-s-smart-to-be-bilingual.print.html ) 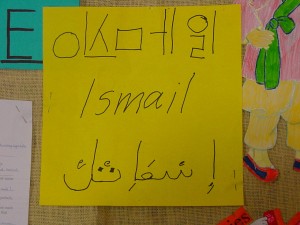 Australian education systems have tried various policy and program initiatives to address the disadvantages of English monolingualism since the requirement of a Language other than English for matriculation was dropped in the 1960s. Languages academics and teachers have worked to improve the teaching, and learning of languages and developed various rationales for becoming, at a basic level, bilingual or multilingual. These initiatives have largely failed: recent reports suggest that the learning of languages other than English have gone backwards in the past decade.

In the same period Australian students have connected globally in ways unimagined in the times the bulk of their teachers were educated. In the same period, immigration to Australia expanded the language base of our culture and society. With such knowledge and with the pace of globalisation how could this expansion of monolingual disadvantage have happened?

Australia has been both blessed and cursed that its national language is English. English has become, for the time being at least, the dominant language of commerce, communication and travel. Significantly, it has lead to increased global bilingualism, particularly with English as the second language.  Of significance to a largely monolingual Australia is that the majority of the people in the world who communicate in English also speak another language.  The Lucky Country has been lucky in its national language but lazy in considering the intellectual and social consequences of monoligualism and half-hearted in redressing monolingual disadvantage.

Many of Australia’s Indigenous children are disadvantaged because they are not literate in English. It is ironic that bilingual education for them is being wound back. The maintenance of their Indigenous languages and the concomitant gaining of skills in English for these students would enhance their bilingualism and expand their capacity for cognition. The removal of bilingual schooling has significant cognitive implications for bilingual Indigenous students. 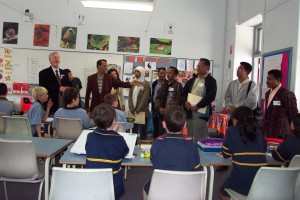 The linguistic flexibilities gained through the learning of a second (third or fourth) language are required skills of all of our students. Monolingual communicators are disadvantaged as local-global operators because they lack the linguistic flexibilities created by understanding other languages and hence the ways that languages work to create both meanings and cultures.

Additionally, research would suggest that most monolingual people engage less easily with the ‘languages’ of technologies than people able to engage in communication in more than one language.  Most significantly, the past and current research would suggest our students are less cognitively developed than the vast majority of their peers across their world.

Whilst there are good reasons for tying the learning of additional languages to social, economic and global objectives, let’s not ignore what being bilingual means for our brains. The creases in our craniums need enhancing not ironing out! Time to address MD – monolingual disadvantage!

4 Responses to Languages learning #1: Ironing out bilingualism in Australia