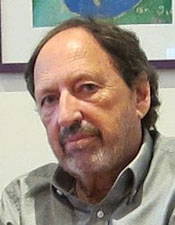 From 2000-2014 Jim Dellit undertook consultancies throughout Australia in relation to Curriculum and Professional Development, including investigating and reporting on options to improve the curriculum and educational services provided to children and young people in SA youth detentions centres that connected contemporary education to rehabilitation (2010-11), similar work in Victoria (2011-12) and reviewing the educational provision of MacKillop Family Services in Victoria (2013).

Jim was the Executive Director of Curriculum in the South Australian Department of Education from 1993 to 1999. Previously he had been a secondary teacher, principal and curriculum superintendent. He was also a superintendent of school and system reviews. As a superintendent he led a team developing alternative senior education programs.

Jim established national curriculum leadership through state and national working parties and boards in curriculum, assessment, equity and social justice, literacy, numeracy, LOTE, post-compulsory, vocational and education for CALD and Indigenous groups. He chaired the Education Standing Committee of the Senior Secondary Assessment Board of SA. He published articles and presented papers at national conferences on curriculum issues. He has worked internationally with Indonesian, American and Pacific Island educators. He contributed a chapter to Australia’s curriculum dilemmas published by the University of Melbourne Press in 2011.

On retirement from the Education Department in 1999, Jim received an honorary position at the University of SA in recognition of state and national leadership in the development and practice of curriculum for schools. He was attached to both the School of Education and the Research Centre for Languages and Cultures Education where, until 2012, he taught post-graduate students and was involved in research and program development in Education, Languages and Cultures Education, and International Education.

Jim was a board member of the Australian Children’s Television Foundation for almost ten years. Between 2002 and 2004 he was the SA Minister’s independent chair of the committee that monitored tertiary entrance (STAMC) and was a member of the Advisory Board of the UniSA School of International Education. In 1996 he was made an Associate of the USA Association for Supervision and Curriculum Development.

Jim had also been a member of, and maintained connections with, the following medical committees:

Jim died unexpectedly on 28 May 2014. He is sorely missed by many people. Tributes to his life can be found here. 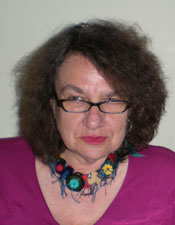 Jillian was an adjunct research fellow of the Hawke Institute of the University of South Australia from 2008-2010 and a director and consultant of J&J Dellit & Associates from 1999-2014. In addition to working with Jim Dellit on a review and report for MacKillop Family Services in 2013, Jillian undertook several consultancies through Education Services Australia, including writing for the Digital Education Advisory Group; an investigation and report on National context and requirements for provision of e-learning across three sectors of education and training in Australia; a plan, with initial costings, for managing digital resources to support the Australian Curriculum: and assistance in preparing a business plan for Reconnecting Disengaged Learners Using Notschool.net Australia.

From 2000-2009 as Director, The Le@rning Federation Secretariat, for the Ministerial Council on Education Employment Training and Youth Affairs, Jillian had responsibility for managing the secretariat, assisting in the resolution of national policy issues arising from the national  Le@rning Federation Initiative, preparing strategy documents and policy papers, seeking opportunities to leverage other aspects of the MCEETYA agenda through synergies, partnerships and links and fostering the collaboration of stakeholders in all aspects of the Initiative. In this role Jillian travelled extensively in Australia and overseas, forming a significant working partnership with Jes & Co in the USA, especially in relation to the Global Learning Resource Connection and the work of the Washington-based National Science Foundation. Jillian is a member of the US Coalition of School Networks.

In addition to a background as a teacher of English and history in government schools in NSW, Scotland and South Australia, Jillian has experience as a teacher-librarian, library adviser and women’s adviser in South Australia. She was Principal of Gepps Cross Girls High School 1987-89. She established and managed The Orphanage Teachers’ Centre as the training and development arm of the South Australian Department of Education and Children’s Services from 1990 to 1997. She worked as Director, Policy, Strategy and Marketing for education.au limited in 1997-1999.

Jillian has written extensively both personally and professionally. Since 2000 she had six articles published in the Curriculum Corporation’s EQ as well as articles in Synergy, The Australian Educational Researcher, Unicorn, Connections, The Practising Administrator, The Australian Library Journal and the Australian College of Educators. She made presentations to, and had papers published as conference proceedings by the Sampoerna Foundation’s Kongres Guru Indonesia, Australian College of Educators, Independent Schools of Queensland, Curriculum Corporation, Canarie (Canada), Communities of Practice (Sheffield), UNESCO-ACEID, the Chinese University of Hong-Kong, and the Australian Library and Information Association.

She prepared numerous papers for MCEETYA and AESOC, including the investment agreements for The Le@rning Federation in 2000, 2005 and 2008. In 1995 she conducted and wrote the report for a review of out-of-school libraries for DECS SA. Between 1981 and 1989 she published articles in the journals of the English teachers Association, teacher-librarianship journals (editing the South Australian one for 3 years), Pivot and Equals.  She edited 2 publications for the South Australian English Curriculum Committee, Literature for Adolescents Volumes 1 and 2.  The last she re-edited and published with Nelson Australia.

Jillian also co-edited and wrote Great Australian Aviation Stories ABC, Sydney, 2006, with her brother, Jim Haynes. She has an embroidery blog at http://jillian-alwaysstitching.blogspot.com and is researching and documenting her family’s history at http://jillian-myfamilyhistorystories.blogspot.com.au. 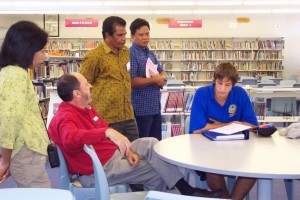 Jim Dellit and Jillian Dellit operated their education consulting company in South Australia from 1999 to 2014, undertaking investigative, evaluative, writing and advisory tasks for government and non-government agencies in Australia and overseas. Our expertise was particularly in the areas of educational change, curriculum and professional development, evaluation, teaching and the application of digital technologies to improve learning.

Our work assumed that: 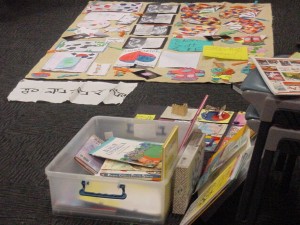 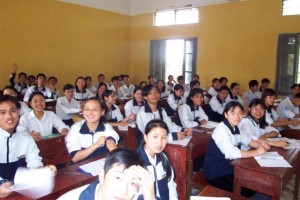