Our concept of public education

One of the basic British reforms of the nineteenth century that enabled improvements for the middle-class and then the working-class, was the introduction of differential tax scales. 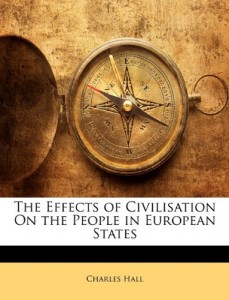 The Effects of Civilisation:

We have observed that the present mode is – if a person of £100 a year pays £10, a man of £1000 pays £100 a year. In this case the former gives up something highly useful if not necessary to his family whilst the latter gives up nothing but what is in a much less degree useful, and bordering on such as are superfluous. What a man of £10 000 a year gives up is in a still less degree useful, and approaching still nearer to what is superfluous. It would be desirable that the part each rich man should pay towards the taxes should be regulated by some gradually increasing series.

The policy decision to change the basis of taxation shifted society and created a different nation with a lot more opportunity and mobility. It was not just the levying of taxes that contributed, but governments continuing to use public revenue to build the whole society, rather than a section of it.

The argument that government support for education should be “equal” in the sense of the same dollar value per child, ignores the lessons of nineteenth century reform. If we want a society that encourages the contribution of all citizens and values egalitarianism, we need to give weight to the Gospel wisdom that to those to whom much is given, much is expected, using the wealth of our community to provide a high standard of education to the least advantaged in our society.

This is not altruism. We do this to build a better, stronger society – including a stronger economy. We  do it to  build the kind of society we want to live in, remembering we are as strong as our weakest link. The fact that PISA and NAPLAN results in Australia identify a performance gap based on socio-economic status is both shameful and an indicator of weakness in our social fabric.

School funding policies need to change and so perhaps does our concept of public education. Current policies are the result of successive compromises over decades and no longer tell a coherent story to electors.

All schools that accept public money are in some sense public schools. Perhaps it would help to be more explicit about this. A public park is one for use by all, funded by public monies, in the upkeep, if not always in the original purchase. A public right-of-way provides a pathway for everyone between private properties. Publicly funded or maintained entities are open to the public.

The bottom line for public education is the need to provide schooling for every child, no matter how poor, disabled, unruly or delinquent. I have no problem with public funding for non-government schools. I see a problem however, with significant public funding supporting  schools that do not accept the responsibility of educating every child.

Perhaps there is a continuum from no government funding through to full government funding, the degree of funding reflecting the level of public responsibility accepted. Those schools that accept the responsibility of taking all students who wish to enrol, regardless of ability to pay, belief system, behavioural or learning difficulties, should be publicly supported to the full. Those who reserve the right to  refuse entry receive funding only to the level they are prepared to be ‘public’ – sharing their grounds, or their buildings or their staff – a kind of public right-of-way. 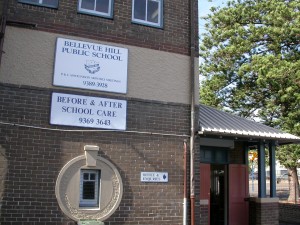 If we want to continue to be an egalitarian society we need to avoid a stratified education system. A better concept of public education might be a way through.