Posted by Jillian in Curriculum, Education policy, History of Education 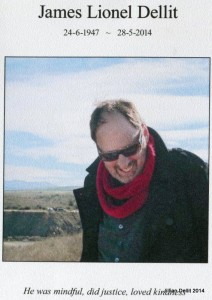 Many  readers of this blog will be aware by now that Jim Dellit died suddenly of heart failure on 28th May 2014. I have tried to notify as many people as possible, and apologise to any who read it here for the first time. In the coming weeks I will redesign this website. All information and postings relating to Jim will remain accessible and I will continue the work that meant so much to both of us. In the meantime, I publish below links to his funeral orations and some comments on his life as an educator. Students and colleagues who wish to add comments are welcome to do so. Jim made a significant contribution to both South Australian and national education – and some international contributions. He touched many people in a wide range of areas.

Jim and I met at Sydney Teachers’ College in 1968, our Dip. Ed. year, end-on to our Arts degrees. We were both training as English/History teachers on scholarships. We were serendipitously allocated to both the same – of many possible – English and History Method groups. In our first year of teaching – he at Doonside High School and me at Vaucluse Boys, we phoned each other most nights to deconstruct our teaching days, work out what to do with difficult kids and classes, share the interesting and challenging bits. We explored together who we were, what we believed in – all in the context of what kind of teachers we wanted to be. It was a time of change, of seemingly revolutionary teaching ideas, like group work and the use of film and media in English classrooms. We played with cameras and created film scripts. We discovered emerging adolescent fiction and children’s literature. We were modernist rather than post-modernist. 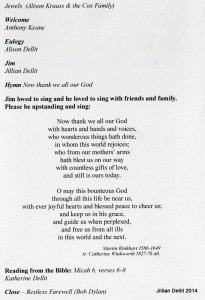 Looking back in recent years, particularly as grandparents, we recognised that our identities, our marriage and our  world views were grounded in those formative teaching years. We saw the world as educators. We raised our daughters from our foundation as educators.  Jim’s work with the Health Community, the University of South Australia, Juvenile Justice, Educational policy and the people he met was dictated by an educator’s approach to the world. Our partnership was similarly grounded.

From our daughters’ perspective 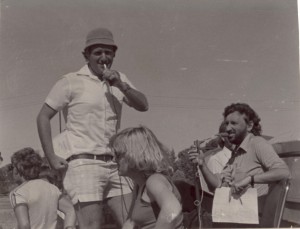 Jim was a beloved teacher throughout his career – of both school and university students. In the last week, a thread on the Craigmore High School Old Scholars list has discussed the contribution of one of the nicest teaches we ever had. Several students talked about the great influence he had on countless students : he encouraged us to reach our potential, never looked down on us students. 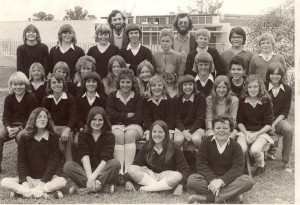 Jim never looked down on anyone, actually, it was part of his immense charm. He approached every person he met as a source of interest and inspiration, someone to teach and to learn from. This was as true of his approach to a waiter in a restaurant as it was to a government Minister or celebrity. As Jim’s career progressed, he moved from solving individual case problems, to implementing school policies to resolve problems, and eventually into more systematic problem solving through departmental roles. People often described him as an intellectual –  a word he never chose to describe himself – but what they saw was a man who believed strongly in critical thinking, analysis and an evidence-based approach to public services. He thought everything could be improved, and that it was our responsibility to do so. 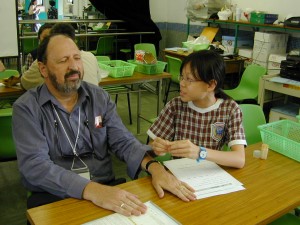 In the last two decades, Jim operated a consultancy as well as taking on a number of roles, including an adjuct senior research fellow at the University of South Australia, attached to both the School of Education  and the Research Centre for Languages and Cultural Education. He participated in many boards, including 10 years serving on the Australian Childrens’ Television Foundation Board.

From the time of his diagnosis with renal disease in 1993, Jim assiduously managed his health, in conjunction with the renal staff at the Queen Elizabeth, and then the Royal Adelaide Hospital. He adapted quickly and tackled his health in the same way he approached all his life. He gathered evidence, built relationships and focused on solving problems. He became a strongly involved patient, recognising early the importance of being an advocate for your own health, and then an advocate of stronger patient involvement in health decision making. He served on a number of national renal committees and in recent years on the SA Health Performance Council. 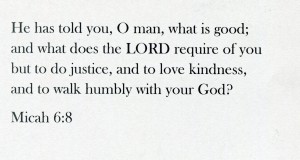 From his renal tribe and health colleagues

I have lost not just a patient, but a friend.

He helped me so much.

I was privileged to know Jim as a person, not just a patient. He was a kind and thoughtful man and I always enjoyed our conversations.

It was a privilege to work with Jim. His wisdom will be with me always. His memory will live on!

In addition to his role on the HPC, he also played a very active role in the transfer of the renal unit from TQEH to RAH. Jim was a great advocate and will be missed by many.

Jim was so positive through all his health problems and will be sorely missed.

Jim was fondly remembered at the HPC meeting on Wednesday and a minute’s silence was observed yesterday at the Aboriginal Leaders Forum led by Klynton Wanganeen. Jim’s passion and dedication to excellence in the HPC’s work will be greatly missed by all.

Jim was a respected consumer representative on the CRG Advisory Board for six years and also participated in reviews for the Renal Group. Jim provided us with a very insightful and thoughtful perspective on the Cochrane Collaboration, the Renal Group and ‘medical consumers’.  We were very grateful for Jim’s involvement, which was instrumental in enabling the Cochrane Renal Group to make a successful contribution to kidney disease worldwide.

From clients and colleagues

I’m deeply saddened to hear that news. The impact both of you have had on myself personally and on the lives of the kids we are working with is beyond measure and I know we are only the tip of the iceberg in terms of the achievements of both of your lives. I want you to know that we are so proud of what is happening in our school which I sincerely believe would not be if we hadn’t had the guidance and inspiration of Jim and yourself.

I just want you to know that I am a better person for knowing both you and Jim and I know that he will be missed by so many who know him….. 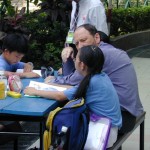 He was a clever man, urbane and charming I’ve been thinking a lot about Jim over the last little while and what he has left with me. We had some great lively discussions about the things that were important to us, not always agreeing, but always leaving the topic better informed and mostly wiser for having talked and listened. We already miss his insightfulness,  humour, chuckle.

Like Garth Boomer, Bill Hannan and Bruce Wilson, Jim was one of that fine group in Australian education who really understood what constituted a fair and equitable curriculum and who wanted to make a difference to the national curriculum debate.It was only when you and I started working together that I had the chance to get to know Jim a little better when we would meet briefly at a conference or speak on the phone or in your home.  I always wished we had more time to chat as every discussion was highly enjoyable, full of wry observations and always about something interesting- a book, a new idea, politics or about family and people.

I greatly valued my time working in Jim’s team. I learnt a great deal from him and with him, about education, life and people.

Jim was a very special person.

I hope you can take some comfort in knowing he was deeply respected and admired by all who knew him. Jim was a man who made a difference.

I have lovely memories of my time spent with him – whether it was talking Education-speak or gardening and travel tales. He was lovely to spend time around – challenging and fun at the same time.

We will very much miss Jim’s companionship and his fervour for education and so many other aspects of life. It is so hard to believe that he is no longer with us but our memories of times past seem very much alive, memories of such positive energy for teaching and teachers and young people.

I am not telling you anything when I say Jim was a great bloke, full of fun and life. He had put up with great medical hardship yet it did not stop him from being a positive, good-natured person. Professionally, he was a good colleague of Catholic Education. He was very much a committed educator who bought much to the lives of other educators and children.

Jim was a revered and highly acclaimed educator. His humanity is something I will always remember.

Jim was an invaluable colleague, collaborator and friend and we have always valued his thoughtful, insightful and committed approach. He will be greatly missed by us all.

Twenty years ago, when I worked with Jim, I was having a hard time. I talked to Jim – and he hugged me. I have never forgotten. 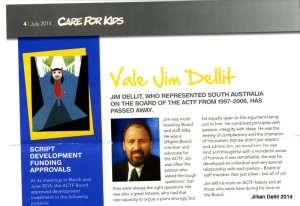 The Australian Children’s Television foundation published this tribute to Jim in their Care for Kids Newsletter No. 129, July 2014

I was a student at Craigmore High School from 1976 to 1980, and I had the pleasure / blessing of being a student of Mr. Dellit.  This journey was much more than simply being under his caring and thorough / passionate presentation of English.  He did not just encourage my passion for English, but much more – he shaped ME.  I am the man I am today, not only for the upbringing of loving parents, but Mr. Jim Dellit.  I am so very glad that I tracked him down within the last 10 years

Even in his last week, in hospital and very short of breath, he discussed Gonski’s Jean Blackburn Oration and the next steps to ensure better outcomes for all students. He would have been humbled by the response to news of his death – and urge us all to continue working to improve education for all kids.

His daughter Alison summed it up thus:

In my sister’s words: ʺwe were the luckiest of allʺ. My father raised strong women ‐ in a time when this was not a given. Growing up, I took for granted that life was about making the world better, serving the public good, serving justice and decreasing inequality…

I learned to argue what I thought with intelligence, and to use data and analysis effectively. I learned to have compassion and treat people with kindness, and to take everyone I met as equal in contribution, intelligence and potential. I learned no other way to be.

Like everyone here, I will miss my father more than words can express. I will miss his humour, his laundry obsession, his curiosity, his warmth, his laugh, his capacity to make unexpected and delightful friendships, and his joy. But I also know that I carry much of him with me always. My father was that kind of man ‐ he changed you, and gave you pieces of himself to carry along. 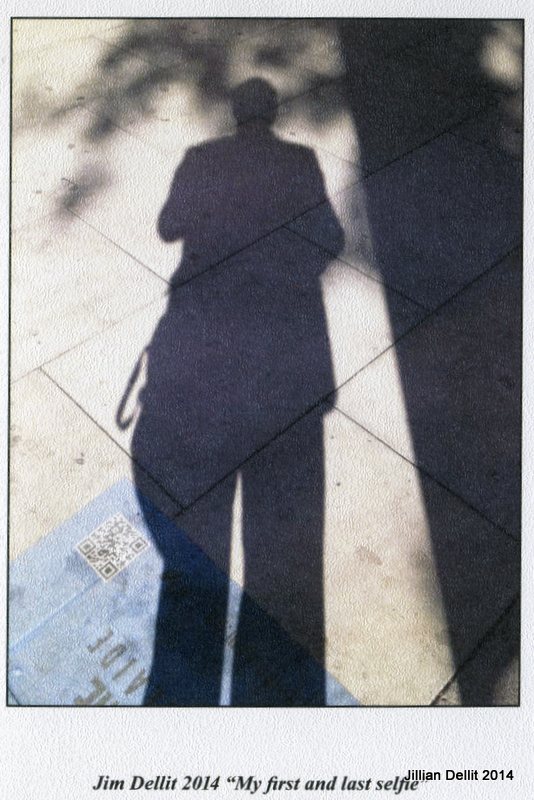