Posted by Jillian in Uncategorized

Approaching 11 September 2011 it seems appropriate to remember that I was in Washington DC ten years ago hoping to make connections that would significantly improve Australian education  – and to consider whether I had any success.

It began with a phone call from a young man working for Intel in Sydney. He had been to visit the NSW Education Department and heard about The Le@rning Federation, the National Initiative to develop online content for schools in Australia and New Zealand. I managed the Secretariat for that Initiative and the young man saw a similarity with the USA Oklahoma VISION project, in which Intel was a partner. The young man was keen and energetic, and organised a teleconference with the Oklahoma VISION partners.

Serendipity, goodwill and persistence saw me on 5 September 2001, flying out of Sydney to the Intel headquarters in Santa Clara, California, to meet with Carlene Ellis, Manager Intel Education International, other Intel executives and Diny Golder, the Executive Director of Jes and Co, the non-profit managing the Oklahoma VISION Project.

The meetings with Intel on 7 September 2001 were exciting and affirming. In particular, Carlene Ellis made a presentation that was very close in its thinking to the policy position of the Australian Council of Education Ministers regarding the need for work to be done simultaneously on infrastructure, content, teacher education and policy. 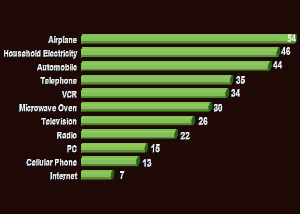 One of the slides used in the Intel presentations was of the number of years it had taken for 25% of the USA market to take up particular technologies. There was a sense of urgency in relation to integration into schooling.

Intel’s emphasis was on teacher preparedness.

The thing that was entirely new for me was the work Jes and Co were doing to connect educationally relevant data sets in a seamless way. This opened up possibilities I had dreamt of.

I spent Saturday 8 September 2001 flying from San Jose to Washington DC where many of the people I had organised to meet were attending the Ed Tech conference at the Omni Shoreham Hotel. I didn’t attend the Ed Tech conference, merely used the opportunity to hold meetings with people, companies and organisations who were gathered there.

This was my first visit to DC, so on Sunday 9 September I booked into a day tour, visiting the memorials, public  buildings, 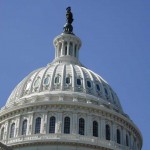 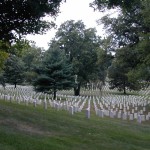 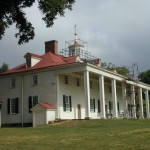 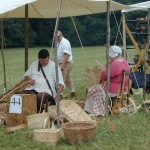 home of George Washington, where there was a lively Sunday Craft Fair.

I returned to the hotel with a strong sense of governance, history and order which provided a context and seriousness to the meetings I had on Monday 10 September with Microsoft, VIP Tone and Oklahoma VISION people. Joe Kitchens, the Oklahoma Western Districts Superintendent was trying to build a system that linked student results to the content teachers used to teach components of the curriculum. He hoped to encourage publishers to disaggregate text books into component parts and to be able to link both pedagogy and content to student understanding and test results. 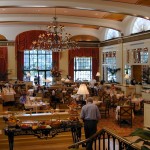 On the morning of 11 September 2001 I had breakfast with a company linked to VIP Tone.Just after 9.00 I met with Terry Smithson of Microsoft, and a representative of the Leap Pad company in the hotel lobby, just outside the Bar. I sat down with the rep, to look at the Leap Pad – then very new. As I sat, a conferee came over to say a plane had gone into the World Trade Centre in New York. The TV was on in the Bar and people gathered to watch. Bits of information were being passed around. We abandoned our meeting and joined the watchers in the Bar.

We watched the second plane hit and rumours began about Washington – the Capitol was on fire, there were bombs in the street. Conferees were trying to call friends and relatives. Many had colleagues working in the World Trade Centre. The cell phone network had been shut down. People headed to their rooms to use landlines.

Before long I also went to my room. The people I had met with were conflicted – they felt some obligation towards me but really wanted to touch base with their families and friends. I watched CNN for several hours. It felt like being in a horror movie. Two housemaids cleaned my room, eyes constantly moving from the vacuum cleaner to the screen and back. Given the time difference, I didn’t phone home but sent an email to say I was OK.

That evening people began to regroup. I had dinner with a group that included a software company CEO born in Egypt. He understood that his life would now be harder.

I was due to fly to Oklahoma City on 12 September. My plans were suspended. Airports  were closed. At first, flights were being put back, then abandoned. My Oklahoma VISION colleagues were anxious to get out of Washington. 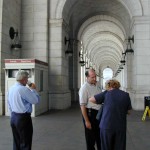 They tried trains and hire cars. None available.  In the end, they went to visit the Oklahoma House Representative, Representative Istook, Chair of the House Appropriations Committee. 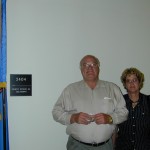 They had been scheduled to meet with him on September 11. I was invited and tagged along. He was in a security briefing, but we met with his Chief of Staff for about an hour.

Eventually Diny Golder managed to get a hire car to drive to Oklahoma City, then on to Tucson. I was invited as far as Oklahoma City.  So about 6.30pm, we set off in a taxi, picked up the car and headed into the darkness – three USA drivers anxious to get home and an Australian passenger going with the flow. We drove 23 hours to Oklahoma City, stopping only for meals and to change driver. The radio was on, stations switching as we crossed borders, broadcasting the same thing – updates on New York, Washington, transport and terrorism. We passed convoys of military vehicles – mile after mile of them – carrying supplies through the darkness, north to Washington and New York.

My friends took two hour stints at driving. We talked to keep the driver awake. I sang songs about the place names and signs we passed – realising again how important place is to US songwriters compared to Australian and how much these names were imprinted on my brain– Chattanooga, Hickory, Nashville,  Monteray,  Jackson, Arkansas, Texarkana , Muskogee – and of course, Oklahoma.

By dawn we were in Tennessee and at our breakfast and later, lunch, stops we met other travellers criss-crossing the country doing long distances to get home after being stranded in airports or cities and the patriotic and emotional outpouring got stronger each time. 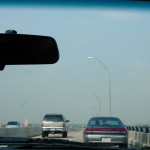 We arrived in Oklahoma City around 6pm and I phoned home. The world had changed in 48 hours. As well as the attacks, Ansett had gone bust. Jim would not be joining me in New York.  I would be lucky to have my Air New Zealand ticket honoured. We were, however, both alive and safe – that seemed miraculous.

I spent a week in Oklahoma. I got to see schools, classrooms, 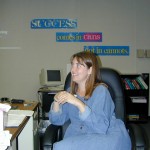 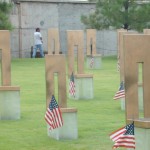 On the weekend I visited the National Memorial and Museum to the Oklahoma bombing, as well as the Cowboy Museum.

Air New Zealand honoured my return ticket – on condition I used it on the day scheduled. Once Oklahoma City Airport opened, I flew to Tucson, Arizona and spent the best part of another week visiting schools and the offices of Jes & Co before flying home.

The ten year anniversary of 9/11 has caused me to look up my diaries, schedule and photos of the time. Unlike those directly affected, I was cushioned from the impact of those events. I was a privileged visitor, cared for and treated to extraordinarily generous hospitality and friendship. My hosts not only took care of me, they made the time count for education – when they could have done otherwise.

Have we made those ten years count for education?

Joe Kitchens has a sophisticated data system in place in Western Heights. His teachers have information at their fingertips about their students’ progress and tools to help them analyse it. Jes and Co has set an international standard for educational metadata interoperability, taken over the Gateway for Educational Materials (GEM) and established the Global Learning Resource Connection. Diny is still Executive Director, and Terry Smithson is now Jes and Co’s Marketing Director. Jes and Co continues to work with Australian projects through Education Services Australia.

Uptake of technology is greater in schools than it was in 2001. As an example, Apple this month announced there are 600 USA school districts providing iPads to students. Ed Tech 2011  is in Philadelphia and you can attend online. Australian jurisdictions are using pooled digital content and it is linked directly to the Australian Curriculum. 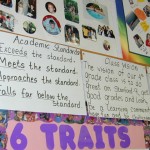 However, to a large extent the Intel message that teacher preparedness for technology use should have priority was not heeded. We haven’t raised the bar, haven’t integrated quickly enough – haven’t taken seriously the impact of that 25% market penetration in just 7 years. We have done quite a bit – but done it as an extension of the old order, not as the new order it undoubtedly is.

I am grateful to all those – in the USA and Australia – who supported and cared for me in those three weeks I spent in the USA in 2001 . The bonds formed have lasted a decade. It’s not over yet.  We still have a lot to do to make schooling systems work for our kids and our global future.